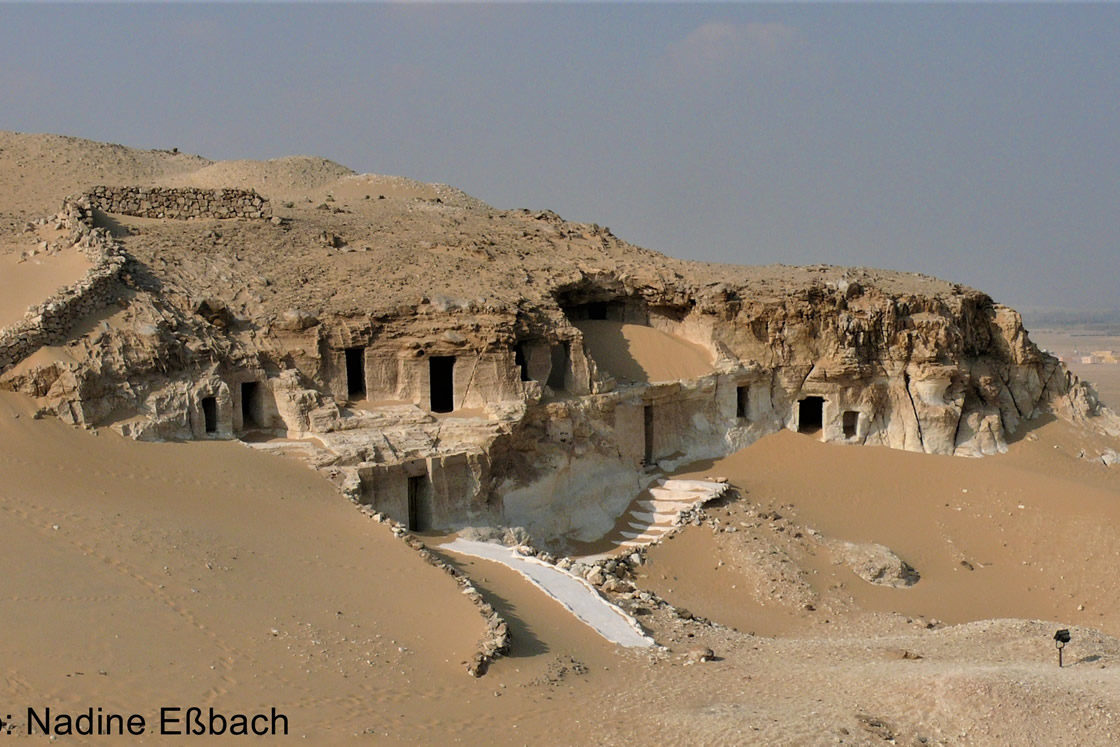 The Rock Tombs of Meir are among the hidden highlights of Central Egypt, with their naturalistic portrayals of daily life. But groups of international visitors rarely stray to this necropolis, which lies on an ancient caravan route through the province of Asyut. A pity – because these tombs of provincial governors contain many spectacular reliefs that are unparalleled throughout the Nile Valley. In addition to spectacular reliefs portraying subjects from nature, including the mating and birth of various species of wild animals, these tombs also contain rare depictions of starving and poverty-stricken Bedouins.

Interested in other hidden highlights of Egypt? Join us on a journey of discovery through unknown Egypt! We are the only dahabiya operators to follow the footsteps of earlier explorers and adventurers, leaving the beaten track behind.