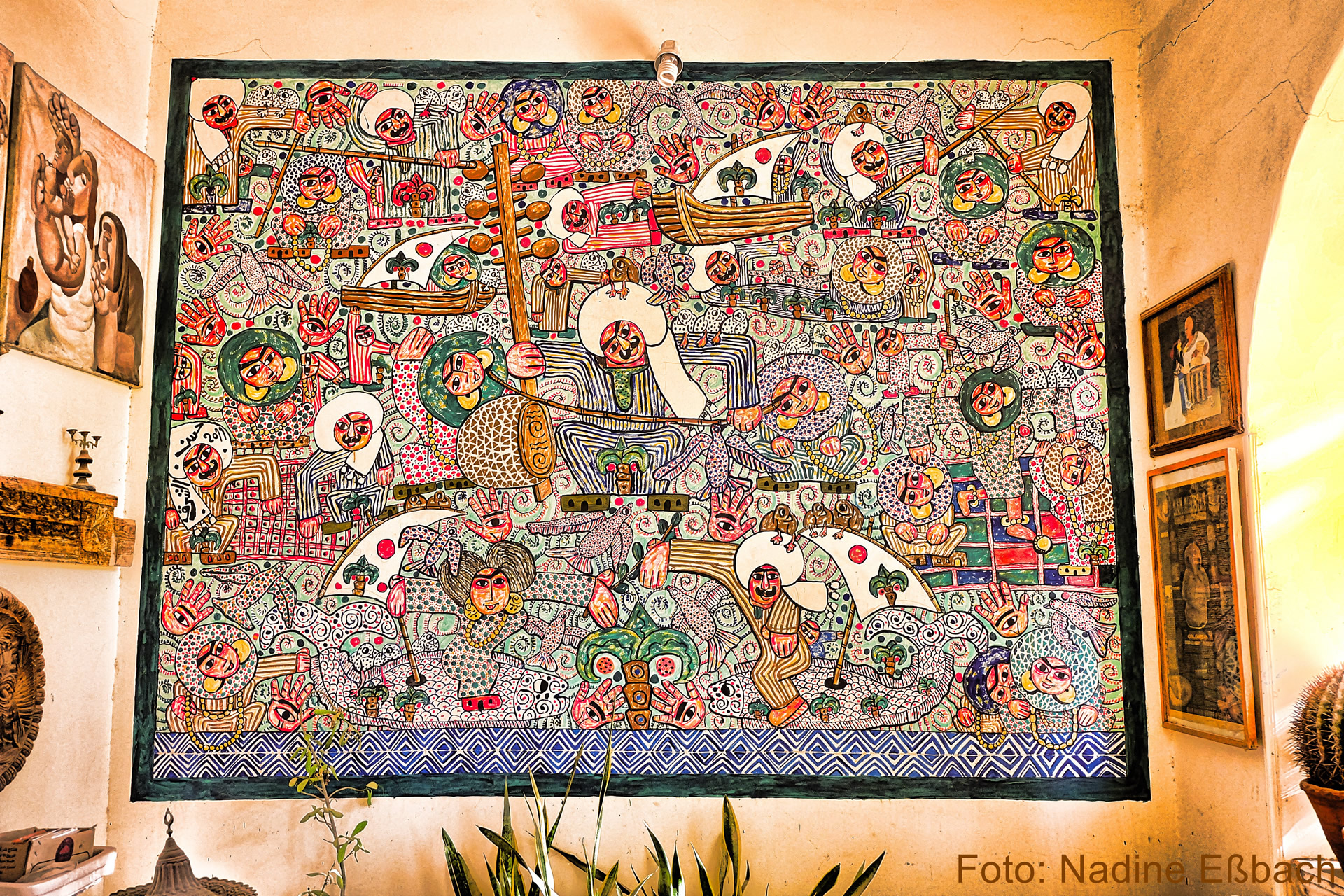 This fascinating “place of the dead” is the necropolis of the ancient town of Hebenu, which was inhabited from the early pharaonic era until Roman times. During the Third or Fourth Dynasty a small step pyramid was built here; like the other provincial pyramids, it was simply for purposes of representation and was never intended as a royal burial place.

Shortly afterwards, however, the town was chosen by the nomarchs of the Oryx Nome as their last resting-place. Even today, the spot – where thousands upon thousands of domed tombs fringe the edge of the desert like stone honeycombs – has enormous significance for the local Muslim population.

And yet this place of the dead is also a cradle of life and vitality, not only during the annual festivals when the dead are visited by their living relatives, but all year round. In the village, well-known Egyptian artist Hassan el Shark has opened a small museum exhibiting his colourful works. These pictures capture the vibrancy of daily village life with compelling authenticity: a painted paean to life and a zest for living!

Have we tempted you to become explorers? Sail with us from Luxor to El Minya in Middle Egypt! We are the only ones that will guide you to unknown tombs and temples far from the tourist trails, and invite you to discover authentic Egyptian daily life: www.minya-cruise.com