Alexander the Great and Egyptian Thebes 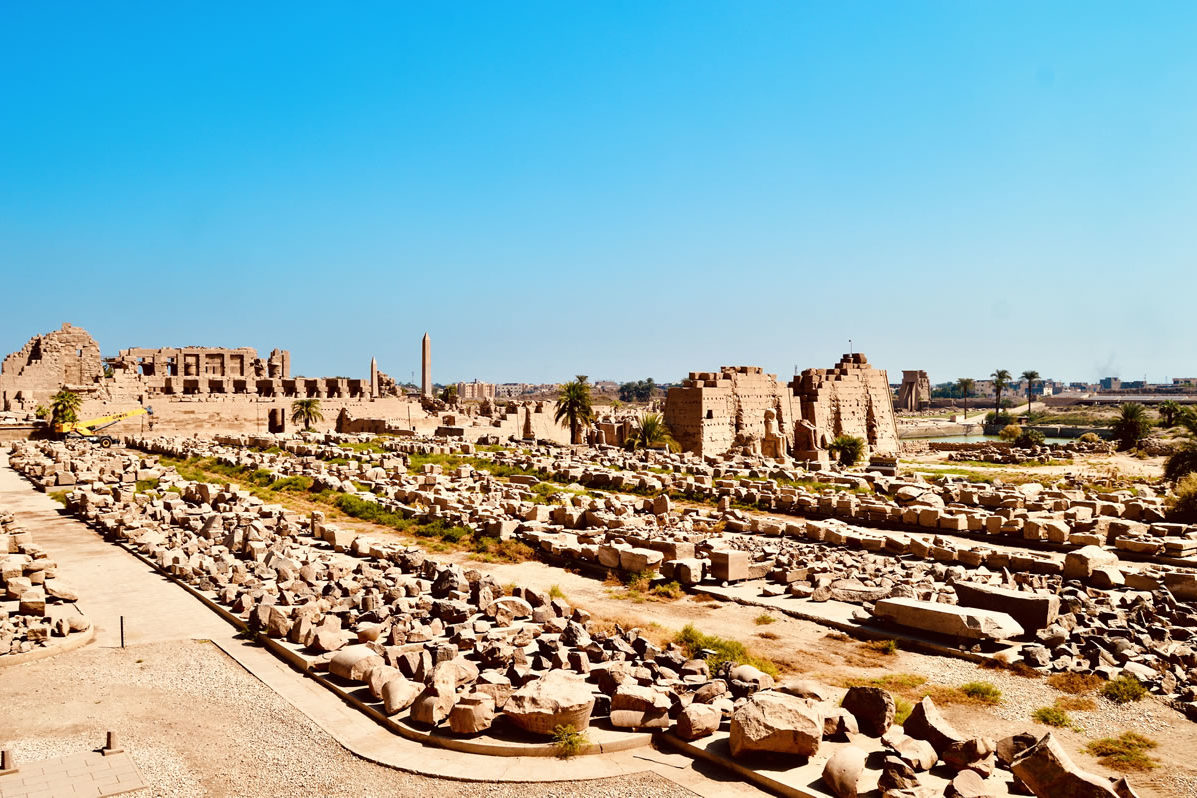 Alexander the Great’s legacy in Egypt is often remembered with the founding of the city of Alexandria, his trip to the Oracle Temple of Amun in Siwa and his crowning as a Pharaoh of Egypt in Memphis. But how about ancient Thebes? (todays Luxor) What connection did Alexander have with one of the greatest cities of Ancient Egypt?

Undoubtedly growing up in Luxor has spoiled me since childhood with so much history and layers of archaeology that inspired me to travel and see more of the ancient world. I have been fortunate not only to travel around the world, but also to work at many different archaeological sites which enabled me to observe the connections and sometimes celebrations between ancient cultures. Alexander III of Macedon or Alexander the Great as the Romans called him, has successfully connected the ancient world, even if it was only for a short time and my hometown, Luxor, was included in that quest to unite the world as one empire under one ruler. 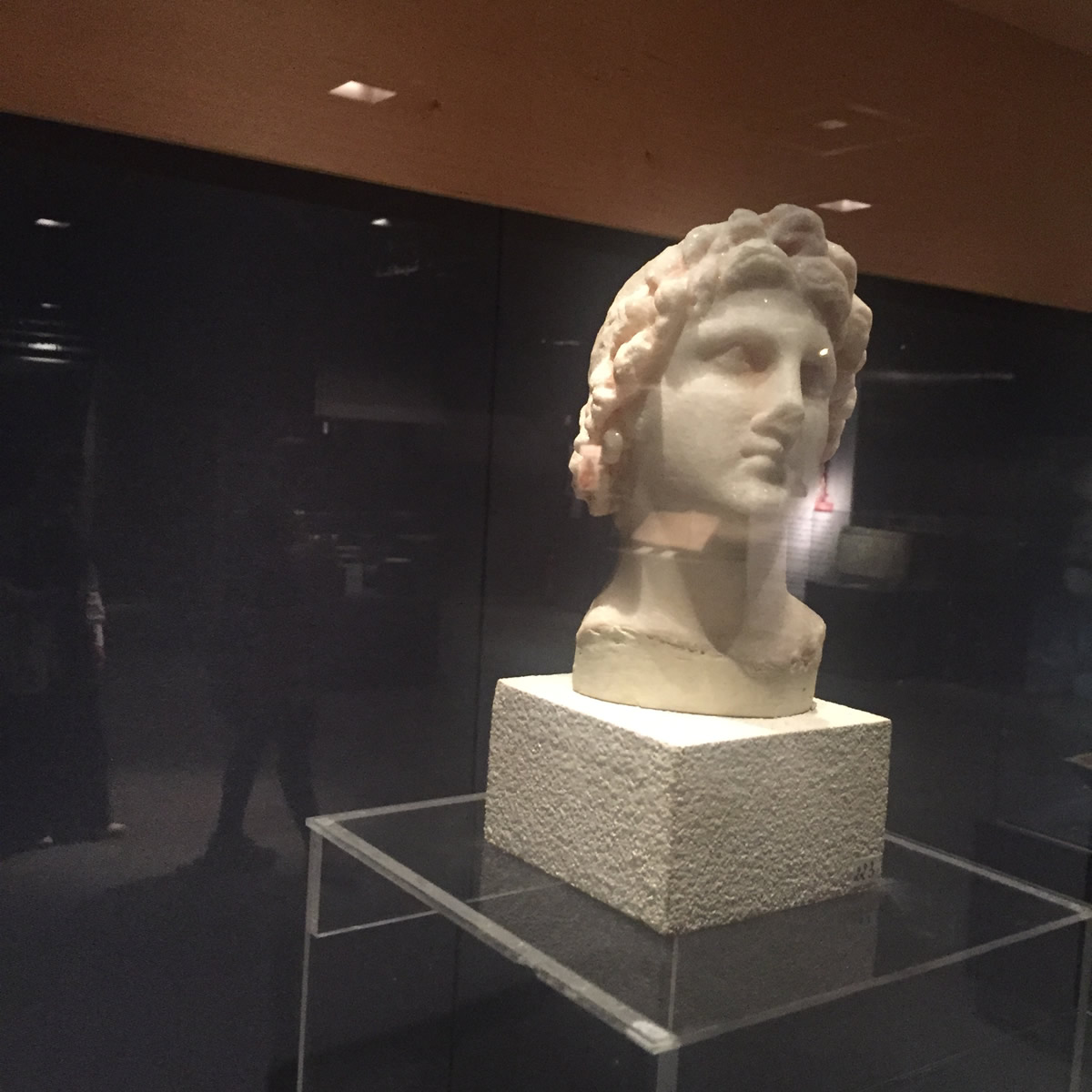 Portrait statue of Alexander the great 2nd-1st century BCE found in Kom El-Dikka by the Polish team and now at the Musuem of the Bibliotheca Alexandrina in Alexandria. Photo credit Mina Megalla. 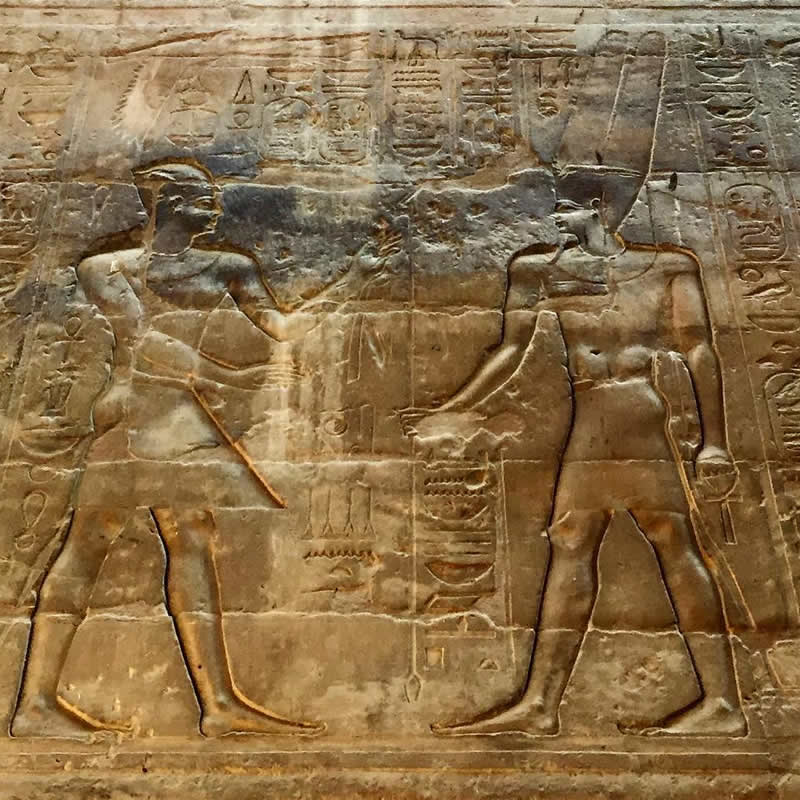 Alexander the Great before Egyptian God Amun on the outer wall of his chapel at Luxor Temple. Photo credit Mina Megalla.

When Alexander was born in Pella, Greece around 356 B.C.E, Thebes already had a claim to a rich history that extended over two thousands years. The young Macedonian prince was taught by the best teachers of his time, Aristotle, among other Greek philosophers who expressed on many occasions their fascination of the greatness of Egypt and its richness. That probably made Alexander aware of all the glory of ancient Egypt at a young age. Moreover, Alexander was known for being a great admirer of Homer’s Iliad of which he kept a copy under his pillow according to Greek historian Plutarch. Hence, he must have read the vivid words of Homer describing Egyptian Thebes as ‘Thebes with the Hundred Gates’.

Inspired by his father King Philip II of Macedon and his military campaigns, Alexander went on his own quest to conquer the known world. In 232 B.C.E., Alexander conquered Egypt and was welcomed as a liberator, for the Egyptians had been suffering under the Persian rule. He founded the city of Alexandria and went on an epic journey to the Oracle Temple of Amun in Siwa. According to the Roman historian, Quintus Curtius, Alexander was welcomed by priests and locals chanting and cheering his arrival. From that time on, Alexander was declared a living God and the Son of Amun, the god foremost all the other Egyptian deities. 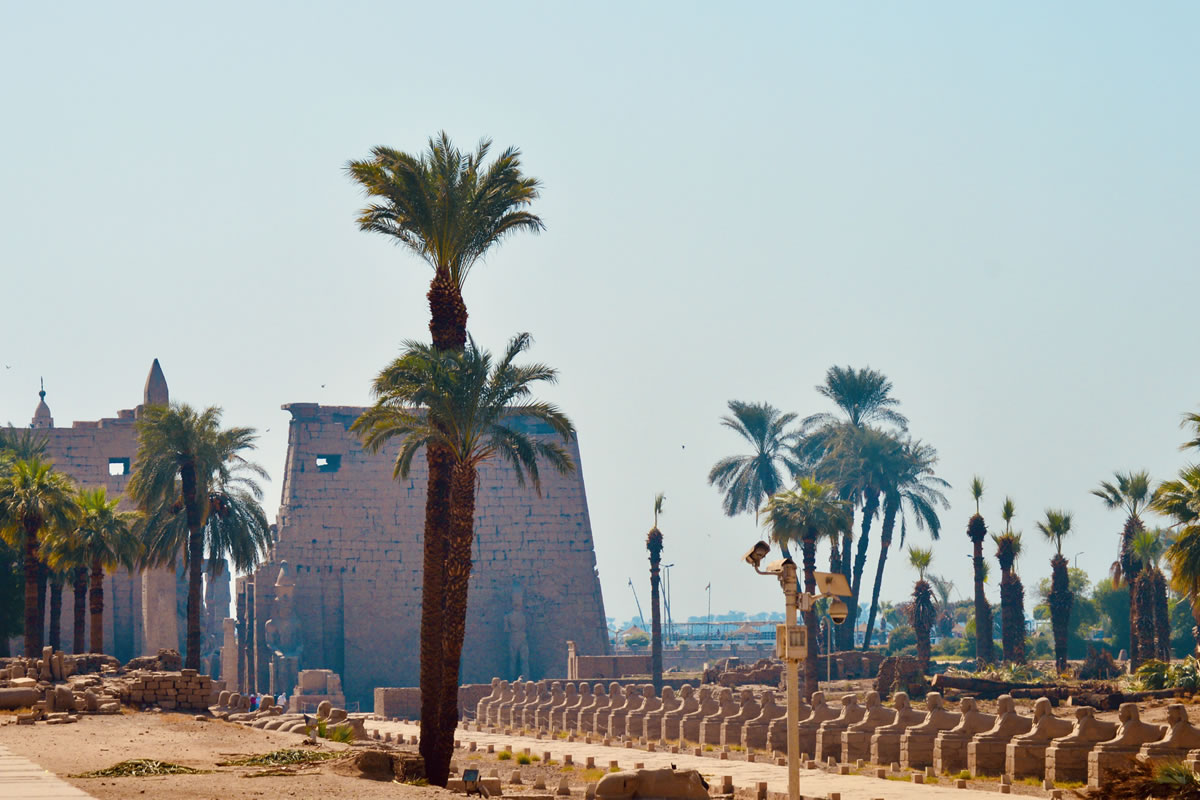 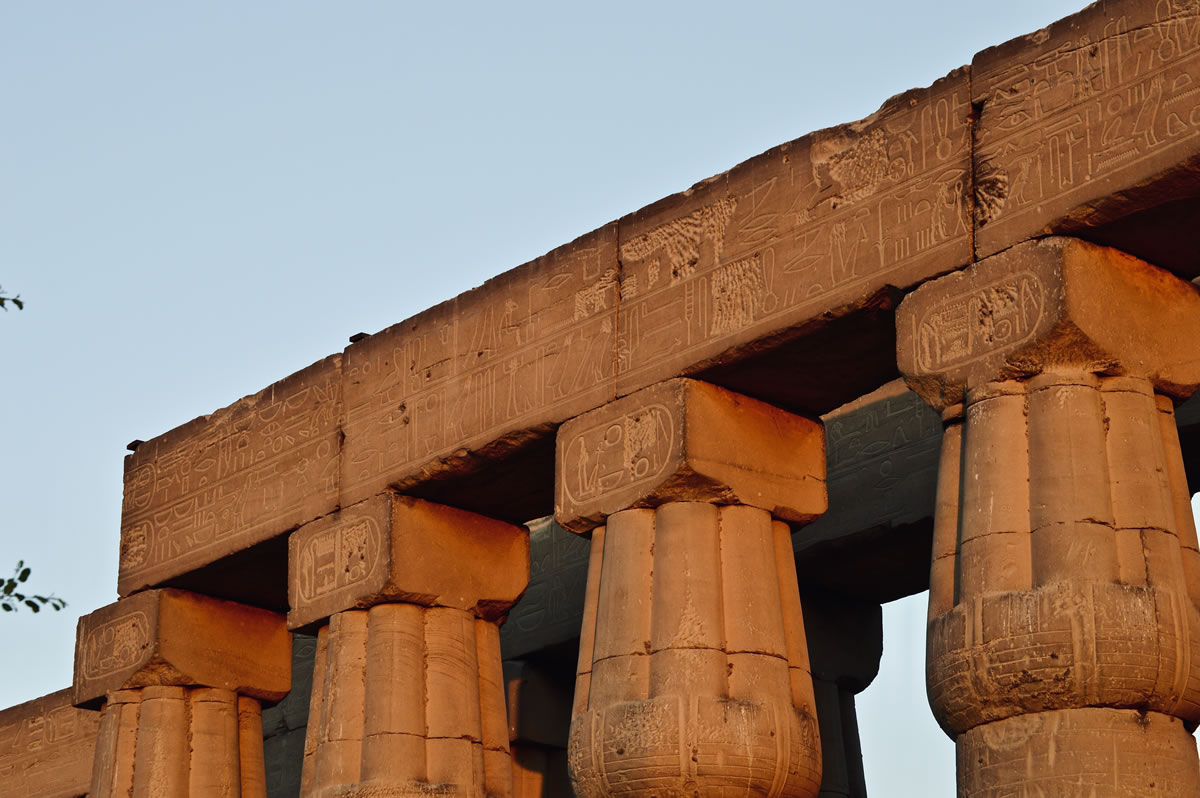 Alexander the Great in Luxor

Back in Thebes, not much is told about Alexander’s connection to the great city. However, evidently today in Luxor, two monuments stand witness of that connection Alexander had with Thebes of Egypt: the barque chapel at the Luxor Temple and a sacred chamber near the Akh-menu (the festival hall of Thutmose III) at the magnificent temples of Karnak, the Mecca of the ancient world.

The barque shrine at the Luxor temple has names of Alexander inscribed in Egyptian royal cartouches next to his depiction dressed as a Pharaoh of Egypt. This depiction itself is a remarkable celebration of the Egyptian-Hellenic cultures. Anointed by the Egyptian Gods and Goddesses, the now Egyptian Pharaoh, Alexander, standing before Amun presenting himself as the new ruler. These depictions decorate the innermost sanctuary of the temple which was constructed within the barque chapel from the 14th century B.C.E reign of Amenhotep III. This is quite remarkable, as the shrine of Amenhotep III was built approximately 1100 before Alexander`s. One shrine was built within the other, so you can actually stand between the walls of the shrines, one built 1100 years before the other. 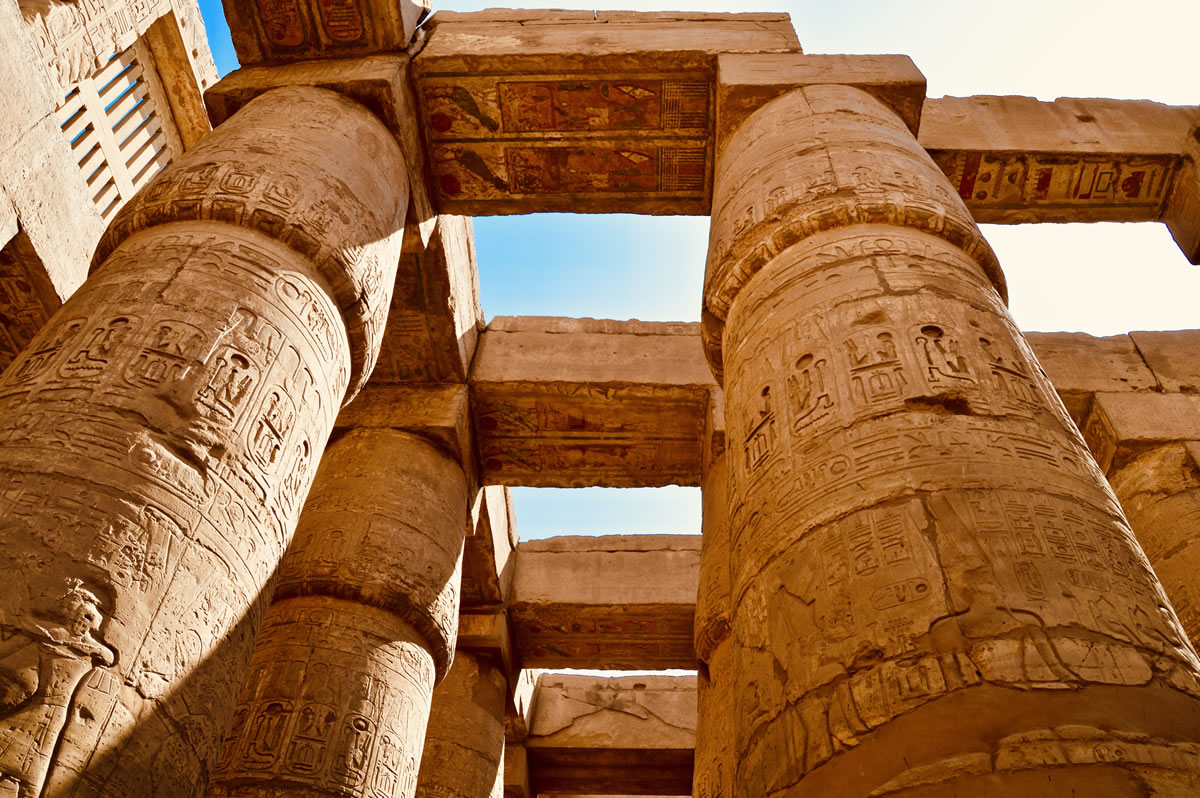 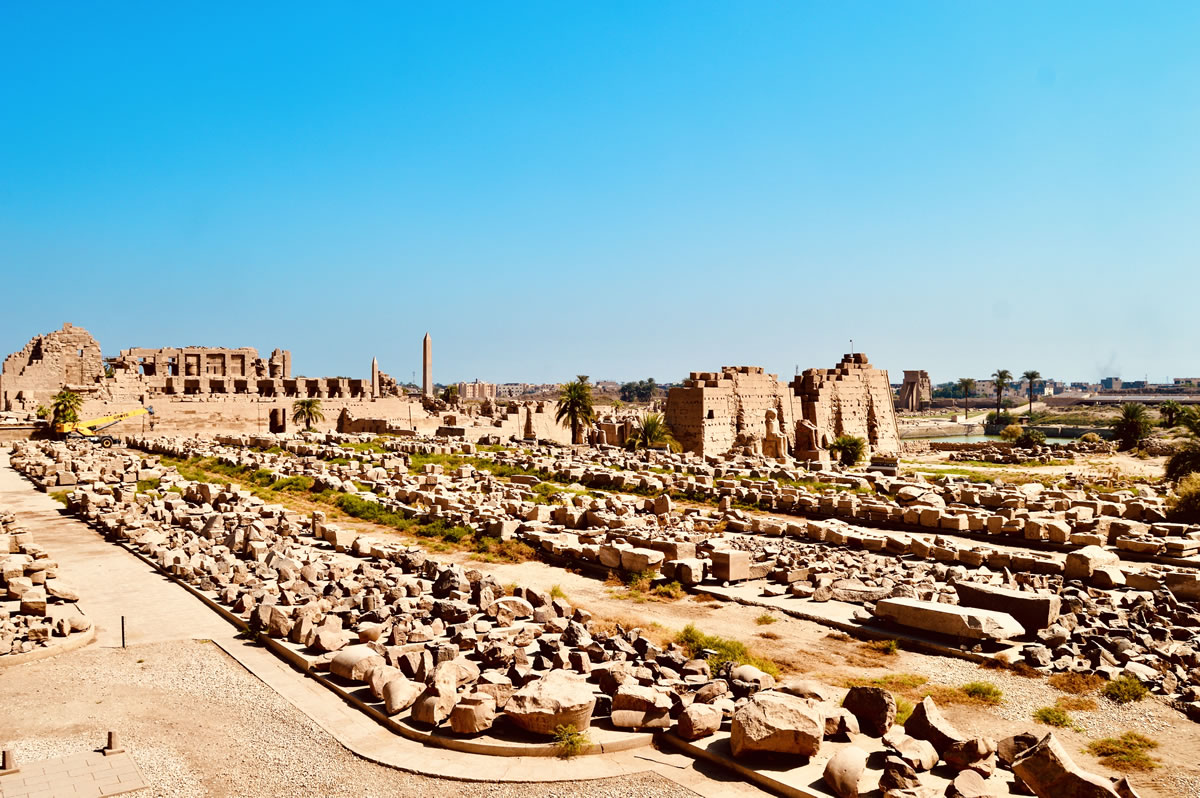 Most probably these depictions of Alexander were replicated in other temples around Egypt but none would be more sacred or significant to the ancient Egyptians than the ones in the grand temples of Thebes. The chapel in the magnificent temples of Karnak has similar depictions of Alexander the Great as an Egyptian Pharaoh among the Egyptian deities. As in Luxor temple, royal cartouches represented Alexander as the lord of the two lands, Upper and Lower Egypt, beloved of Amun and chosen by Re. The chamber was recently restored to its its original colours and it`s mesmerizing to look at.

Scholars suggest that Alexander may have never made it to Thebes and was crowned formally an Egyptian king in 332 B.C.E. in Memphis. However, he ordered that his images immortalize him as the new Pharaoh of Egypt and Son of Amun in the most sacred of all the places in Egypt, Thebes. After all, it was the place where many of the great Pharaohs of Egypt were crowned and Alexander wanted to place himself in their pantheon. 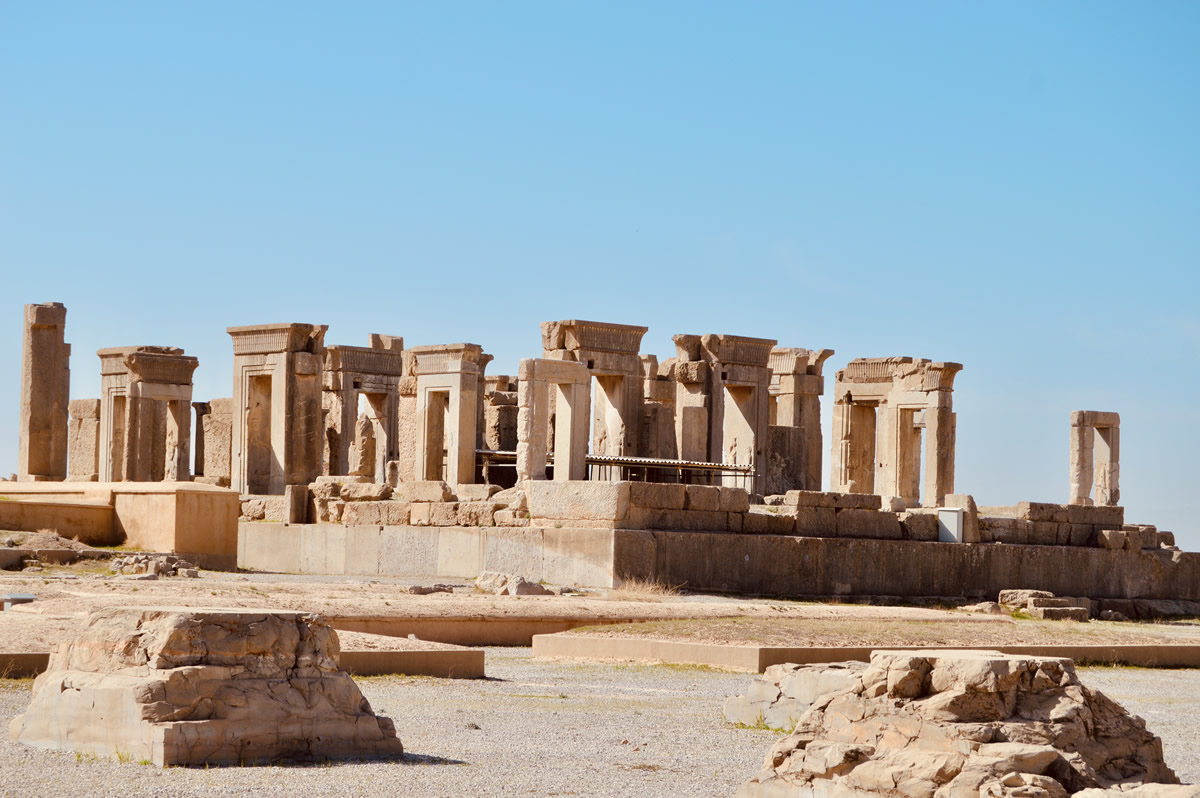 On a more personal note, this connection of Alexander The Great with Thebes has captured my imagination to go and seek other sites where Alexander conquered. I went to visit many sites all over Greece and Asia minor (todays Turkey) and I always tried to connect the episode of Thebes in the life of Alexander with the other sites.

In 2017 I was thrilled to visit Persepolis, the city of the Persians, near Shiraz in Iran, and although the city bears a dark chapter of its destruction by Alexander in 330 B.C.E, this tragic event itself became a legendary narrative in the history of Persepolis.

Soon after, Alexander died in Babylon in 323 B.C.E. leaving an unmatchable legacy especially to the Greeks and the Egyptians. When his empire was divided between his generals, Egypt was the share of Ptolemy I . This marks the beginning of the Ptolemaic dynasty that lasted until the death of another legendary Monarch of Egypt, Cleopatra VII, who died in 30 B.C.E.

The tales of Alexander, the Great Greek King, still inspire generations of archaeologists among others, just as ‘Thebes with the hundred gates’ still charms people from everywhere with its towering monuments, a reminder of a glorious past and the grandeur the city once had. 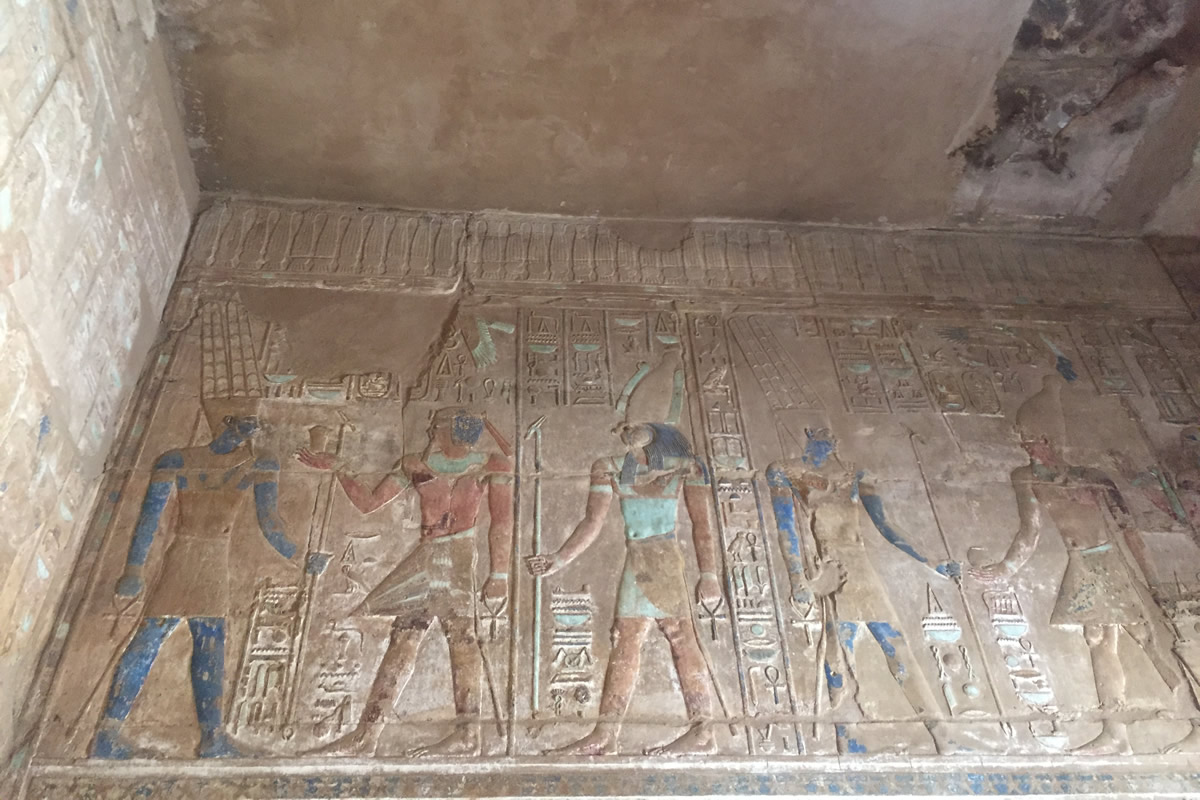 Chamber of Alexander the Great at Karnak after restoration. Photo credit Mina Megalla.

About the author: Mina Megalla is an archaeologist originally from Luxor, Egypt, and now based in Sofia, Bulgaria. He has been working in archaeological projects across many different regions around the world and he is also a professional illustrator. His research focuses now on the shared culture heritage between Egypt and the Balkans.

If you have any questions, please do not hesitate to contact us!

Would you like to discover Egypt while cruising the Nile on a dahabiya or a felucca? Are you interested in our offers or do you have any questions? Please feel free to send us a message.

If you do not receive an answer from us today or tomorrow, please check your spam folder.

Journeying on the Nile On the Dahabiya Abundance
10. February 2022